Spider-Man Stories That Will Never Be Made Into Movies

Two years ago Marvel got back some creative control of Spider-Man, the most popular superhero in the world, BUT unfortunately they didn’t get back complete control.


Sony, the people who own Spidey’s film license, still have some say in what adventures Spider-Man goes on and let’s be honest they’ve not had the best track record when it comes to the character.

So we were thinking what are some stories not even Sony would try and adapt.

Hold onto your hats because we are about to look at some of the wonderful and weird adventures Spider-Man has been on that you’ll never see on the big screen.

Clone Conspiracy Or Anything Clone Related At All… Ever Any Spider-Man fan worth their salt knows Peter has had a complicated relationship with clones, ever since the first devilish duplicate of the Wall-Crawler reared his head back in the seventies.

Without going into detail, seriously the nineties Cone Saga may be the most convoluted story in comic book history, all you need to know is that Spider-Man has a lot of clones running about.

Starting to see what I mean about clones being complicated…

On top of all this confusion the Clone stories have always been some of the worst received sagas and books of their respective decades. So much so there was brief period of time where the word clone was banned from the Spider-Man books, and it just doesn’t make sense for Sony to ever adapt these messy tales. 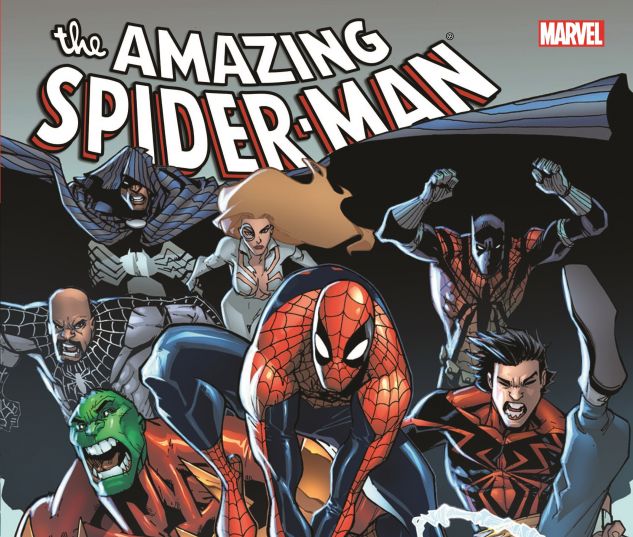 This particular tale involves everyone in New York and their dog getting spider powers thanks to the machinations of the Jackal, the same villain who cloned Peter during The Clone Saga, with disastrous results.

The story’s exciting, fun and an excellent examination of why it’s not Spidey’s powers that make him so spectacular, but instead his spirit and determination to do the right thing that define him as a hero.

So why won’t it be adapted? Well because the book’s a Gordian knot of a story involving threads from a dozen other comics including; Venom, Captain America, The Fantastic Four and many, many more.

Also it ends with the entire population turning into giant spiders… people don’t like spiders.

It’s common knowledge that Spider-Man’s powers are a result of a radioactive spider-bite that bestowed a young teen with the proportionate strength, speed and agility of a spider, among with other amazing abilities.

What you might not know though is that famed writer J. Michael Straczynski introduced a mystical dimension to Spidey’s powers and hinted throughout his run that Spider-Man was in fact destined to receive his sensational abilities by some great cosmic force that gave out ‘animal totem’ powers.

Eventually this force revealed itself to be The Other, or some other vaguely pompous quasi-mystical title, and Spider-Man found himself pursued by other worldly forces who wanted to take down the Spider-Totem.

Soon after this Spider-Man promptly dies, after coming down with an awful case of the plot-related immune deficiency disorder and getting beaten up by a magic vampire called Morlun who wants to eat his tasty spider-powers.

Spidey’s death is brutal with him losing an eye and essentially being kicked up and down New York City until he looks more like a particularly well chewed steak than a man in a spider costume.

Don’t worry though The Other resurrects Spidey, with new powers including Wolverine-style claws and the power to talk to eight legged beasts.

He makes short work of Morlun with his new abilities and life goes back to normal, despite the fact Peter Parker was legally dead for like a day.

From deus-ex-machina resurrections to jarring mystical elements The Other was a mess of a story that is simply too outlandish for a two hour film. Add to that the fact our hero actually dies and it becomes pretty clear why even Sony won’t be adapting this gem any time soon. Okay so, for those who don’t know, in Marvel comic books at least, there isn’t one single universe. There are in fact an infinite number of universes each with their own version of the wall-crawler.

Following? Good because this is where things get bizarre.

In one universe there exists a group known as the Inheritors, sort of like immortal cosmic vampires who constantly hunger for ‘spiders’, and they hunt down the different Spider-Men from across the multiverse snacking on them like they’re eight-legged Dairylea Dippers.

Still with me? Excellent! You’re doing better than most comic book fans at this point.

In Spider-Verse all the Spider-Men from across the multiverse gang together to stop themselves becoming lunch and if you think this recap was confusing imagine what it was like trying to read it across twenty or so books.

By now I hope it’s evident why neither Sony or Marvel will ever touch this story with a ten foot barge pole as all it serves to do is undermine how important Peter Parker is in the grand scheme of things.

As you can probably tell from this scattershot recap Spider-Verse was a mess and wasn’t a hit with fans who dismissed the book for wasting a number of classic Spider-Men (The one from the nineties cartoon dies in this book) and squandering what could have been a very interesting premise with a piss poor ending.

Crippled and dying after decades of fighting Spider-Man the villain Otto Octavius, better known as Doc Ock, had a master plan to save his own life while getting revenge on his most hated foe.

Rather than kill Spider-Man, Otto used a specially designed robot to swap their bodies, leaving Parker trapped in Ock’s dying old body and Octavius swinging about in Pete’s spider-powered body – and the worst thing is it worked.

Peter died inside Otto’s rotten and broken body while Doc Ock assumed the mantle of the Superior Spider-Man and set out to prove himself Peter’s better in every single way. The Superior Spider-Man is widely considered one of the best and most controversial Spider-Man stories of the last decade, praised for exploring themes of redemption, trust and Orwellian attitudes to justice, while at the same time leaving fans horrified at what had happened to the original wall-crawler.

So why should it never be immortalised on celluloid? Well for a few reasons, the first being that no film could ever be long enough to do the story justice. The Superior Spider-Man took place over 31 issues and was a dark, violent book that would be difficult to market to a wide audience and compressing it into a two or three hour film simply won’t work. 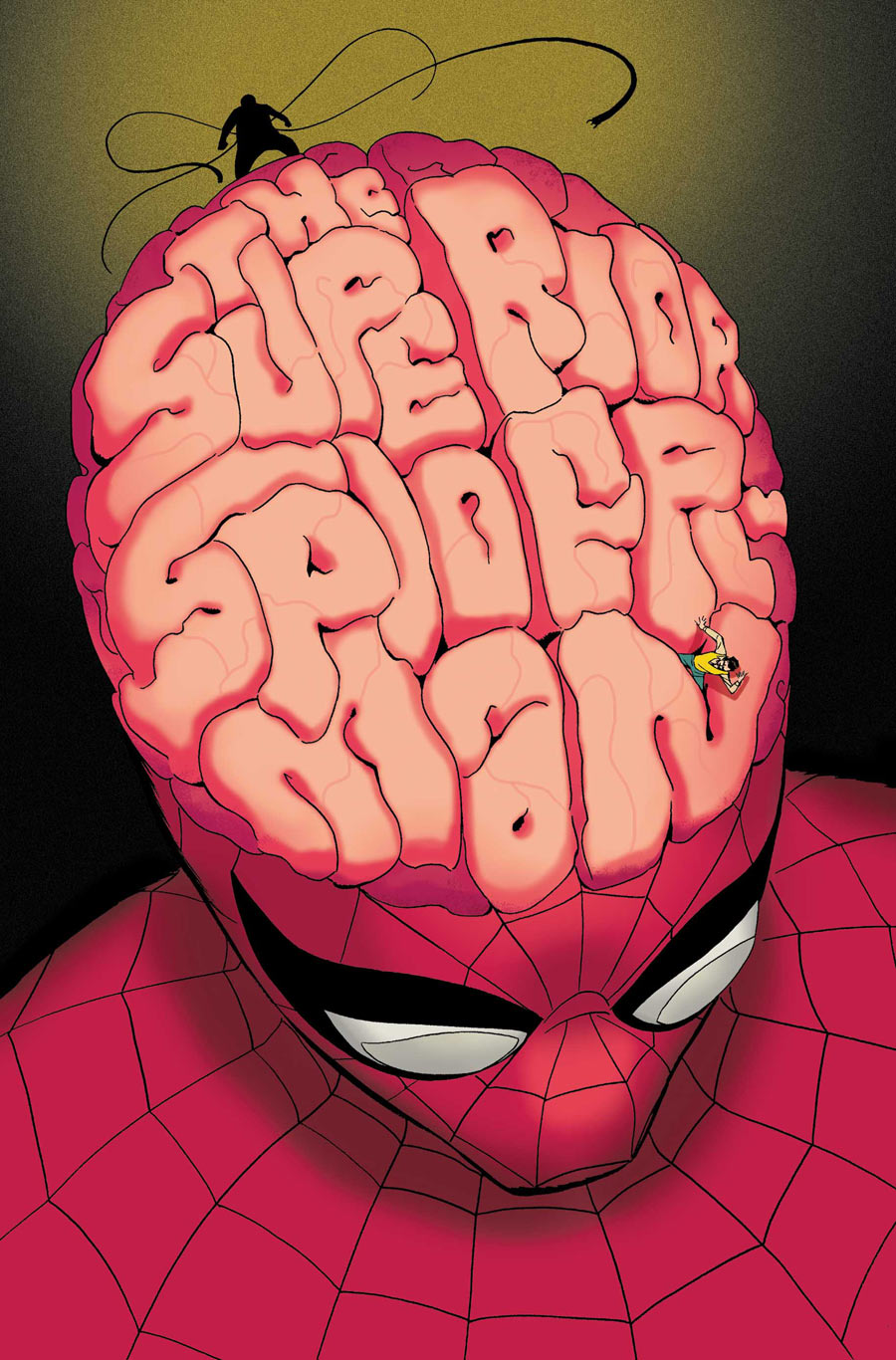 Add to this the fact that you can’t really sell off a murdering sociopath who stole the body of another man to prolong his own life to parents who take their kids to the cinema and you start to see why it’ll never happen.