DISSIDIA FINAL FANTASY NT is, in short, the ultimate combination of fighting game fun and Final Fantasy lore, and is a must play for any fan of the franchise.

If, somehow, I haven’t managed to convince you of Dissidia’s majesty in just one line, then allow to me throw a couple of convincing arguments your way.

By the time we’re done, you’ll be ready to get stuck into Dissidia when it launches on PS4 on January 30.

THE BEST ROSTER IN ANY FINAL FANTASY GAME What would a Final Fantasy fighting game be without any characters to play with? I’m sure nobody wants to see Cloud kicking Kefka in the face over and over again with no variation – although that would be fun for a while.

Luckily, Dissidia brings in heroes and villains from across all entries in this storied franchise, from the iconic original right the way through to FFXV.

With a whopping 28 (yes, you read that right, 28) characters to choose from, all with their own unique moves, strengths, weaknesses, and strategies, odds are you’ll be playing this game for a long old time.

Not only does this fulsome roster offer a variety of exciting possibilities from a fighting game perspective, there’s also plenty of mad matchup potential to get the Final Fantasy fanboy in you hot under the collar.

You wanna see a Cloud/Sephiroth rematch? Go right ahead. How about participating in a Shantotto/Kuja showdown? Kind of a weird request, chum, but in Dissidia you can absolutely do that.

Live out your wildest fan fiction fights, all while learning and getting to grips with the deep and rewarding battle system. Sounds like a good time to me. Summons have always been the bread and butter of Final Fantasy, and it’s no different in Dissidia.

For the uninitiated, Summons typically involve calling up an absolute behemoth into battle to make your foes sorry they were ever born. It’s awesome, and if you don’t love it you’re wrong.

In Dissidia, Summoning is a powerful skill that can turn the tide of a battle in an instant. You can call on a number of iconic beasts from the franchise’s history, including the frosty Shiva or the fiery Ifrit. Obviously, different summons achieve different effects, so making sure you pick the one that best complements your playstyle is vital – this adds a fantastic extra layer of strategy that most fighting games don’t have, by the way.

Once you’ve chosen your summon, it’s as easy as filling up your meter by attacking enemies or crystals that randomly generate on the map. Once you’ve managed that, you can charge up your summon and unleash hell – which actually brings us neatly onto the next point…

As I’ve mentioned a few times now, Dissidia is a game that rewards careful strategy and planning, and teamwork is often crucial to victory.

Dissidia has introduced a unique 3 v 3 system, which not only harkens back to the RPG party feel of core Final Fantasy titles, but also means players are going to have to work together, rather than jump in and try to button bash their way to glory.

For example, in the case of the aforementioned Summons, charging up to unleash your Guardian Force can take up to nine seconds if you’re alone, leaving you wide open for a beating, but if your team coordinate and work as one, you’ll be able to summon – and as a result unleash a massive attack – much, much faster.

Careful planning and coordination are just as important in Dissidia as flexing those thumbs. In other words, it’s the perfect blend of RPG and fighting game – it works beautifully.

Oh, and don’t worry if you don’t have any friends or fancy getting in some no pressure practice, you’ll still have AI teammates at your choosing. No one’s judging.

Final Fantasy games have always been known for their visual splendour, really pushing the envelope in terms of what we thought video games could do.

Whether it was the (at the time) mind blowing cutscenes of Final Fantasy VII, or the gorgeous sprawling vistas of FFXV, it’s a stunning franchise that’s always easy on the eyes.

Of course, Dissidia is no different. It doesn’t matter if you’re marvelling over the cinematic summons, or if you’re just happy drinking in classic FF characters and locations with a fresh coat of shiny HD paint, there’s plenty to love.

If you don’t believe me, just check out some gameplay footage for yourself. A game with this much action on screen shouldn’t make any sense visually, so it’s an absolutely incredible achievement that it not only all makes sense, but looks damn good in the process. 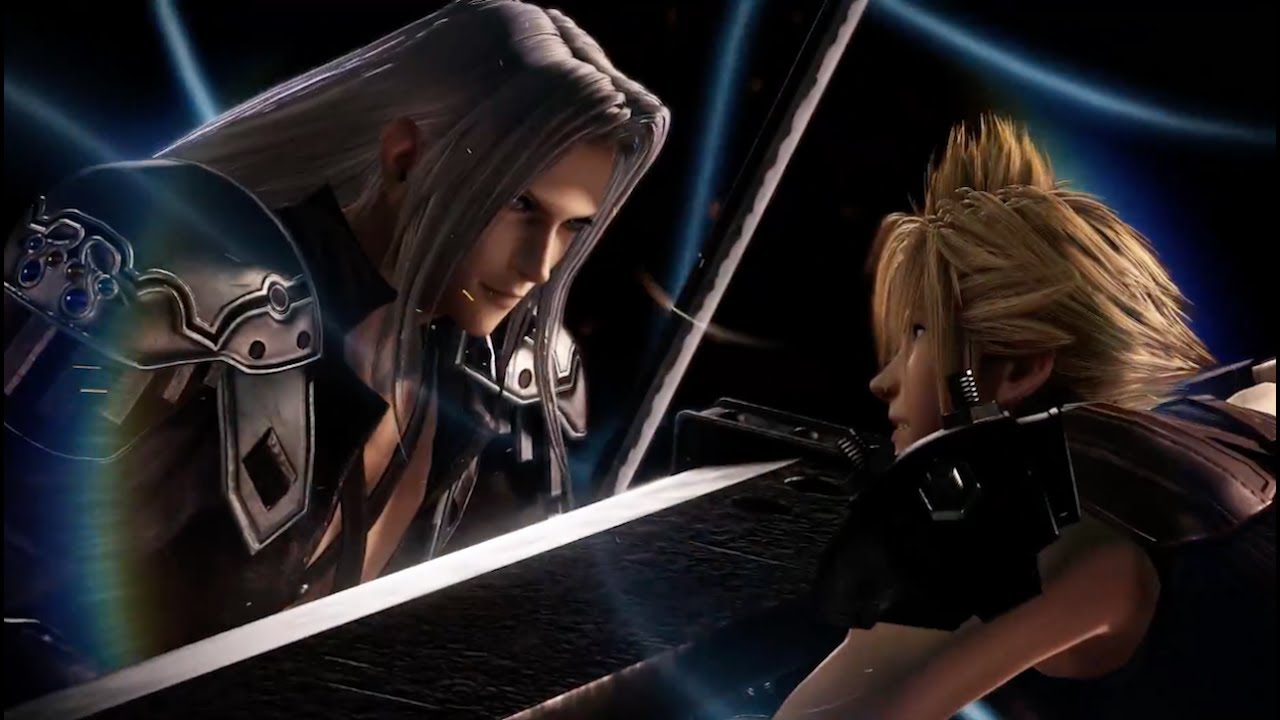 Finally, prepare those lovely ears of yours, because Dissidia has an absolute cornucopia of aural delights for you to enjoy.

With music from across the franchise all crammed into one very attractive (and wonderfully violent) package, there’s plenty for fans to get excited about.

The music in the FF series consists of some of the finest pieces ever composed for a video game, and whether you’re a music aficionado or not, you’re bound to come across tracks that make your hair stand on end, and stick with you long after your victories in battle.

So, assuming I’ve convinced you of Dissidia’s brilliance (which I definitely have), be sure you grab your friends and get stuck into the fray.

Final Fantasy Dissidia NT is available now, and you can pick it up right here.