CORRECTION: This article originally published on October 6, 2020 contained false information. It has now been updated and corrected.

Part of the contract, to which NASA contributed approximately $1.8 million, will explore commonalities between Earth-based and off-Earth applications. 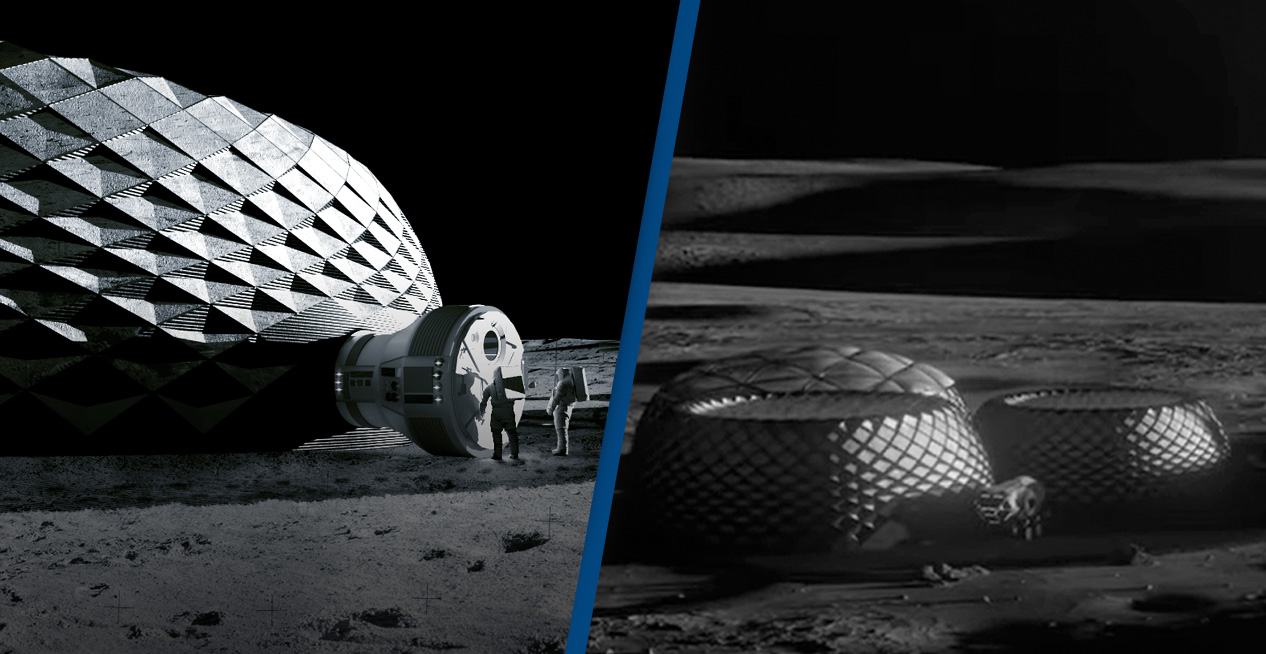 Remote working could soon be taken to a whole new level, as a construction company has been tasked with designing buildings on the moon.

ICON, which specialises in 3D-printed construction technologies, announced last week that it has received funding to begin work on ‘Project Olympus’, an attempt to create a ‘space-based construction system’. Basically, they’re building houses on the moon.

As part of a $14.5 million US Air Force contract to expand 3D printing of livable and workable structures, NASA contributed $1.8 million to explore commonalities between Earth-based and off-Earth applications.

The project is part of NASA’s Artemis program, announced in 2017 as the agency’s mission for humans to return to the moon by 2024. Speaking during a briefing last Monday, NASA Administrator Jim Bridenstine said to reporters, ‘2024 is an aggressive timeline. Is it possible? Yes. Does everything have to go right? Yes.’

Jason Ballard, co-founder and CEO of ICON, said in a press release:

Building humanity’s first home on another world will be the most ambitious construction project in human history and will push science, engineering, technology, and architecture to literal new heights.

NASA’s investment in space-age technologies like this can not only help to advance humanity’s future in space, but also to solve very real, vexing problems we face on Earth.

While 3D-printed buildings might not seem particularly reliable, many view them as the key to sustainable construction, both on Earth and on the moon. ICON has led the way on this, making history with the world’s first 3D-printed home in 2018. The company is also currently building an entirely 3D-printed neighbourhood in Mexico.

And as it turns out, 3D-printed materials may actually be more suitable for life on the moon. According to ICON’s press release, ‘for a permanent lunar presence to exist, robust structures will need to be built on the Moon that provide better thermal, radiation, and micrometeorite protection than metal or inflatable habitats can provide’.

The Austin-based company plans to use simulated lunar soil to test out construction methods, with the ultimate goal being to create a system that can print building materials while on the moon, eliminating the need to transport resources – and builders – back and forth from Earth. It was also announced that ICON will be partnering with well-known architects Bjarke Ingels Group, a Danish firm that is currently working on new London headquarters for Google and Apple, as well as SEArch+, a company specialising in space exploration architecture.

NASA recently released a step-by-step plan for putting man – and the first woman – back on the moon for the first time since 1972. The first mission? Getting Congress to approve its mega $28 billion funding.