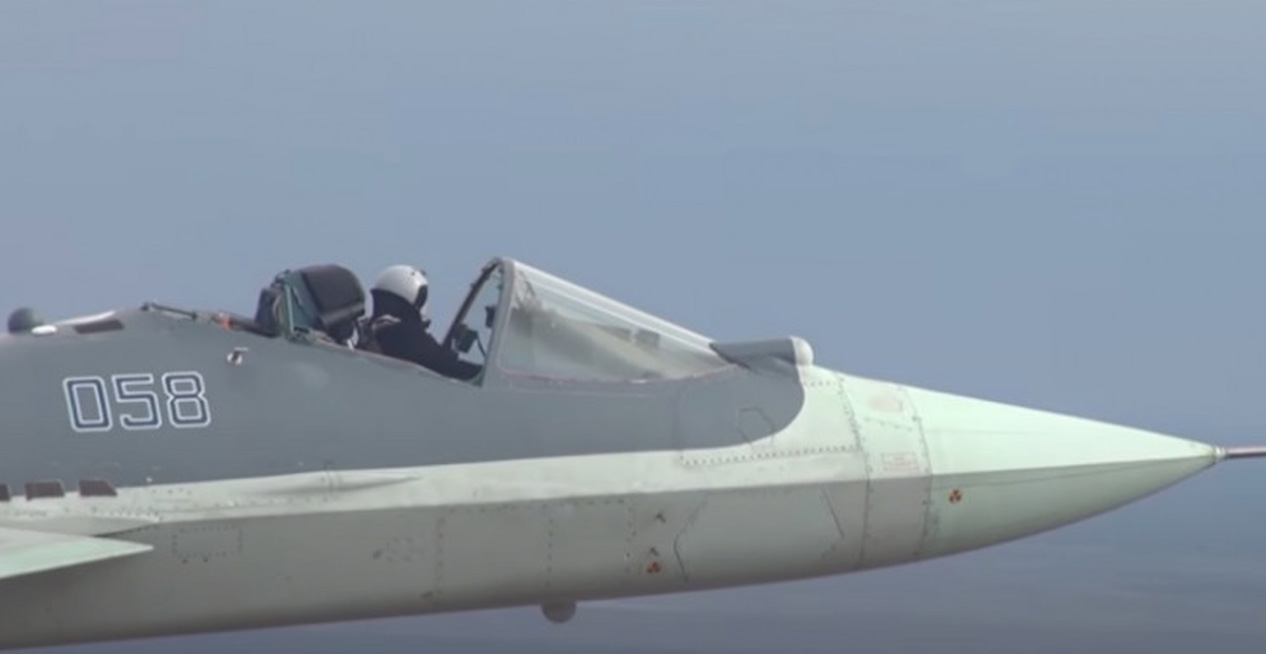 Everyone likes catching a cool breeze on a warm summer’s day, but maybe not when you’re flying at 20,000 feet.

In a new video showing off Russia’s latest fighter jet, one brave pilot is seen taking to the skies with half of his protective cockpit canopy missing, bringing a whole new type of convertible to life.

The video, which was posted on YouTube by the Russian Ministry of Defence, shows the pilot, decked out in a helmet and a heavy bomber jacket to protect him from the elements, performing a series of manoeuvres at a pretty high altitude. You only get a short three-second glimpse of the pilot, but it’s pretty clear that an essential part of his plane is missing.

Watch it fly with its top down below:

According to Popular Mechanics, the pilot hadn’t just decided to take the jet out for a top-down ride – it was actually more of a test to make sure the new fighter planes don’t suffer any unexpected issues if the canopy were to suddenly fly off.

The canopy is designed to protect pilots from the elements while they’re in flight, and with below-freezing temperatures, insanely strong winds and deafening engine noise to deal with, we get the feeling the pilot won’t be rushing to volunteer to fly without his canopy roof again any time soon.

And with pilots at risk of freezing to death if left exposed to those conditions for too long, we definitely wouldn’t recommend trying this one at home – if you have a spare fighter jet lying around, of course.

The plane in question is Russia’s new stealth fighter jet, the Sukhoi Su-57. The jet, which made its first test flight in 2010 – surprising observers who were unaware the country was developing a new aircraft – was supposed to enter production this year, but has suffered a number of delays over the past decade. That hasn’t stopped the Russian military from ordering 76 of the bombers to be delivered by 2028, however.

The Russian military released the short video to celebrate the 100th anniversary of the VP Chkalov Flight Test Center, which is headquartered in Astrakhan near the Caspian Sea in western Russia. The centre is used to test new Russian aircraft, and has also been used to perform missile launches.