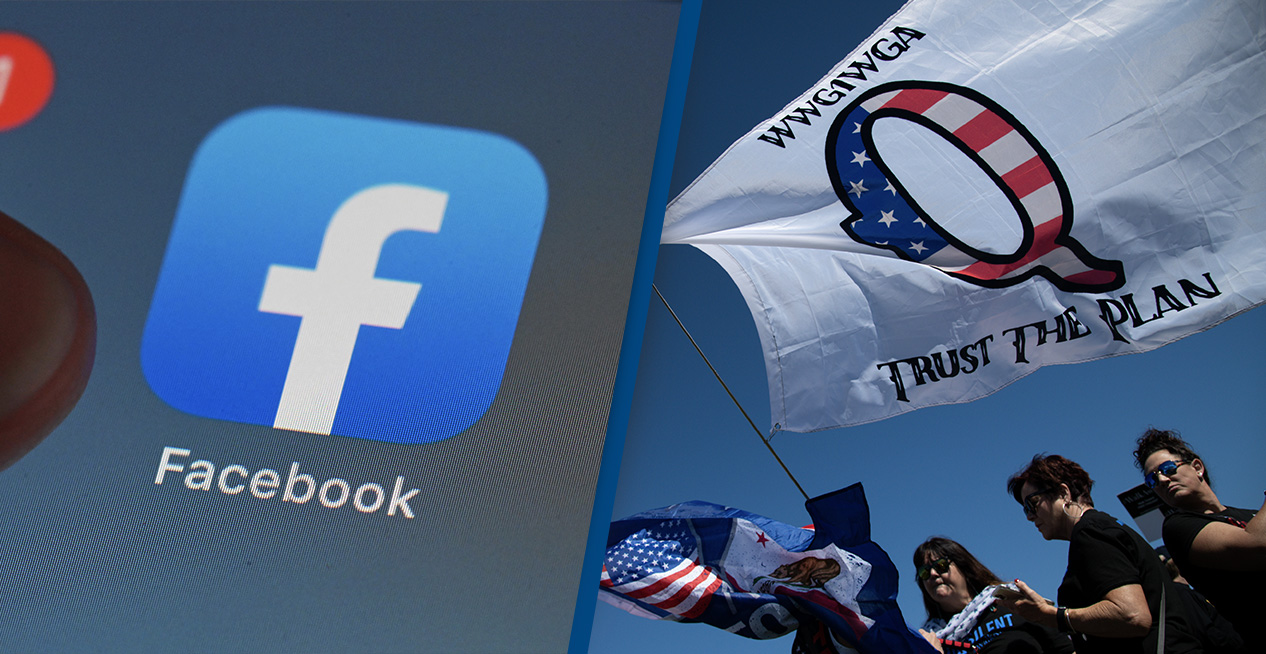 In an unprecedented move for the social media giant, Facebook announced yesterday that it would ban all content related to the QAnon conspiracy theory from its platforms.

The ban is one of the largest social media crackdowns ever attempted, and will see accounts, pages and groups linked to the movement taken down from both Facebook and Instagram.

Since August, at least 1,500 QAnon-linked groups and pages have been shut down by Facebook after they introduced rules banning the promotion of violence, but these new measures look set to take things a step further.

In a sign showing just how seriously Facebook is taking this, the ban will be enforced by Facebook’s Dangerous Organisations Operations team, which, until now, has mainly focused on preventing content from terrorist groups from spreading on the site.

The crackdown has taken many by surprise, with Facebook having been reluctant in the past to enact sweeping bans on political and social movements. Last year, CEO Mark Zuckerberg defended the company’s policy by saying, ‘We must continue to stand for freedom of expression.’

We’ve been vigilant in enforcing our policy and studying its impact on the platform but we’ve seen several issues that led to today’s update.

We aim to combat [QAnon] more effectively with this update that strengthens and expands our enforcement against the conspiracy theory movement.

In another sign that Facebook is taking a tougher stance on fake news, the site yesterday took the extreme step of removing a post from President Trump downplaying the dangers of the coronavirus, confirming to CNN that it was taken down for ‘breaking the rules against COVID-19 misinformation’.

FILE - In this Aug. 2, 2018, file photo, a protesters holds a Q sign waits in line with others to enter a campaign rally with President Donald Trump in Wilkes-Barre, Pa. Facebook…PA Images
Advert
10

The QAnon movement has been rapidly growing in popularity in recent months, largely thanks to social media. Concerns about the group’s influence mounted after President Trump and other senior Republicans praised the movement, which spreads baseless and often bizarre conspiracy theories, such as claiming that there is a ‘child-eating’ cabal of high profile Democrats and Hollywood celebrities.

Last week, popular QAnon pages spread the equally ridiculous theory that Donald Trump was not actually in hospital with coronavirus, but was instead carrying out ‘secret missions’ on behalf of the movement.

The move to ban QAnon comes at a time when Facebook has faced intense criticism over its role in allowing fake news to spread on its sites, including through the recent Netflix documentary The Social Dilemma, which warned about the danger of the algorithms that have allowed conspiracy theories to spread on social media.