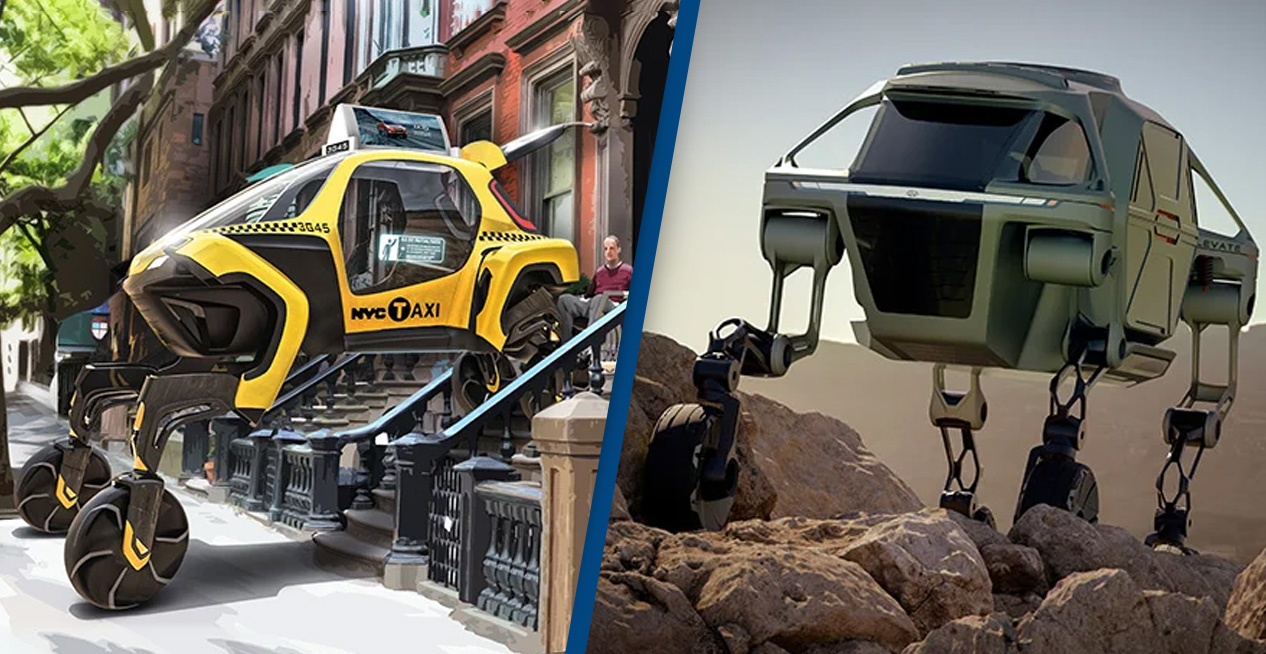 A walking car that climbs walls, jumps gaps, and rescues people from disaster zones. No, this isn’t a trailer for the latest Michael Bay movie: these real-life Transformers could actually be hitting the streets in the near future.

It sounds like our childhood dream come true, and this Elon Musk-worthy idea is all thanks to Hyundai, who unveiled plans for its latest model, the Elevate, last week.

The vehicles will be developed by the South Korean car company as part of its recently-launched New Horizons Studio, which will focus on creating what it calls ‘ultimate mobility vehicles’ – although Transformers sounds a lot cooler to us.

If this sounds a bit familiar, it’s because it’s not our first glimpse at its plans. Hyundai shocked audiences when it first unveiled designs for a futuristic Transformer-style concept car at tech exhibition CES in 2019, and it looks like now it’s ready to bring its vision to life.

Dr John Suh, who will be heading up the project, said in a press release that the studio was aiming to create ‘the world’s first transformer-class vehicle’.

The vehicles – which will unsurprisingly be electric-powered – will be able to be driven like normal cars, but retractable legs will also allow them to move across difficult terrain in ‘reptilian’ or ‘mammalian’ walking styles. Think of them as a cross between Optimus Prime and the Mars Rover.

The ultimate goal is for the vehicles to help reach areas normal cars can’t access, with Hyundai explaining that its cars could act as a ‘first responder’ to help rescue people from disaster zones. But they could also have everyday benefits, such as making it easier for wheelchair users to enter buildings without ramps. Hyundai says that the vehicles ‘will target customers who have a need for travel in unconventional and off-road terrain, including places where vehicles have never roamed before’.

Images released by Hyundai show the vehicle decked out as an ambulance clambering over rubble, as well as a less-dramatic NYC Taxi edition that bears an uncanny resemblance to Bumblebee.

When first unveiling the concept, Hyundai claimed that the vehicles would be able to drive as fast as regular cars, but unlike regular cars, it could also climb walls and step over five-foot gaps.

We don’t know yet whether they’re planning on these vehicles being driverless, but it certainly looks like a possibility.

6'9" Female Basketball Player Has To Sit In 'Very, Very, Very Tiny Cage' Every Time She Goes To Russian Court

New Proposals In Australia Could Mean Birth Certificates Have No Gender