Ice Resurfacer Bursts Into Flames On An Ice Hockey Rink 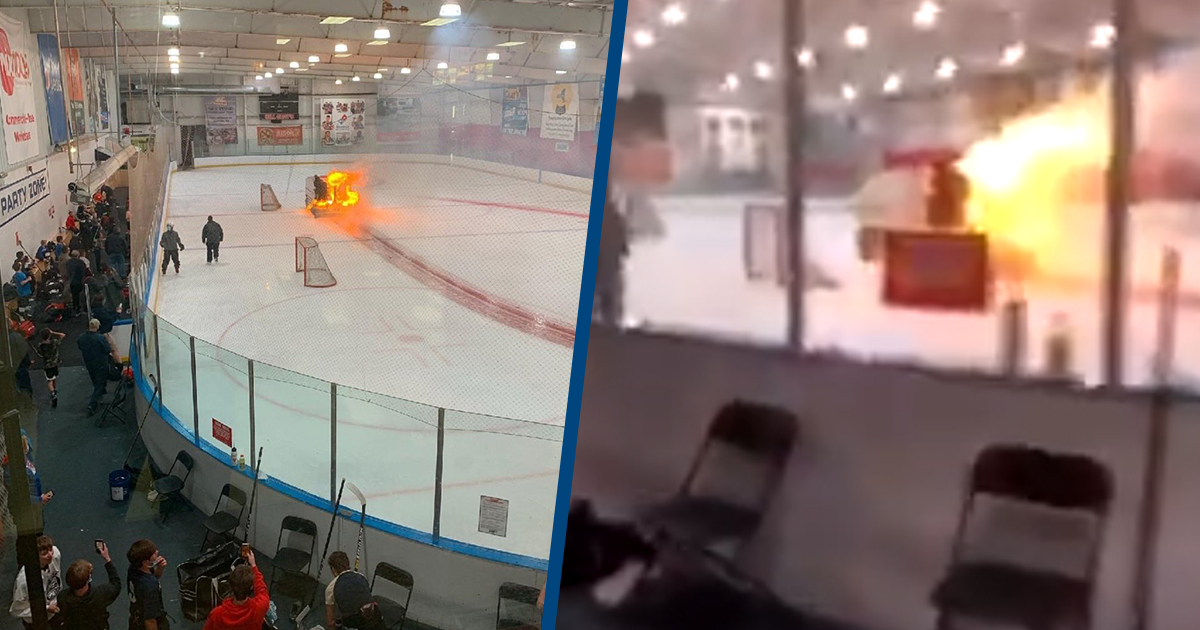 Ice Resurfacer Bursts Into Flames On An Ice Hockey RinkTwitter/@russbites

Skaters at an ice rink found out what happens when fire meets ice last week as a resurfacer caught fire while cleaning a rink in Rochester, New York.

The machine reportedly caught fire after hydraulic fluid began leaking from a hose at the back of the machine, and the driver was forced to quickly get the machine off the ice rink and put out the flames.

The incident happened after a youth ice hockey practice, and while a few people were seen skating around the burning machine, luckily no one was injured.

Videos of the incident quickly went viral on Twitter:

One person commented: ‘This Zamboni catching fire at a New York hockey rink but still trying to resurface the ice is all of us trying to navigate 2020’

Another added: ‘The people skating casually round a flaming Zamboni are all of us this year’.

The driver escaped uninjured and was praised for his quick thinking in putting out the fire.

With the safety of all in mind, and acting without hesitation, Jordan rushed the machine off the ice surface, and extinguished the flames within seconds.

‘Words cannot express the appreciation we have for Jordan, his quick thinking and heroic actions. Not all heroes wear capes, and in this instance, the hero just happened to be driving an ice resurfacer.

The story took another turn after ice resurfacing company Zamboni issued a statement asking people to stop referring to the machine as a Zamboni, which naturally went down well on Twitter.

One person retweeted Zamboni, adding: ‘If it’s not from the Zamboni region of France, it’s just a sparkling ice resurfacer. Everyone knows that.’