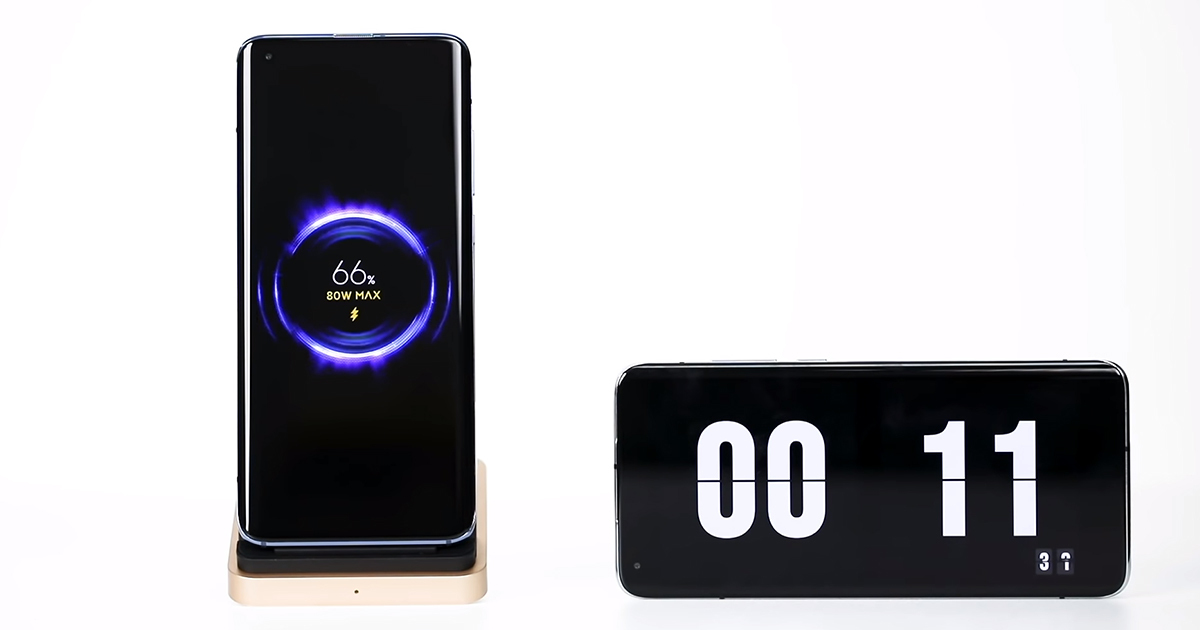 We’ve all spent ages stood awkwardly by a plug socket waiting for our phones to charge – but that could soon be a thing of the past, if Xiaomi’s latest release is anything to go by.

The company has today unveiled the next step in fast-charging technology, introducing a wireless charging method that can fully juice a battery in under twenty minutes.

The 80W Mi Wireless Charging Technology is said to be able to charge a 4,000 mAh battery to 50% in eight minutes, and 100% in 19 minutes. In a video demonstrating the concept, Xiaomi showcases the new technology in action on a modified Mi 10 Pro.

Chinese tech companies have been battling it out in the fast-charging race for a while now, with companies like Huawei and OnePlus also working to knock precious minutes off their charging times.

And Xiaomi has been at the top of the wireless charging game for the past couple of months, with its Mi 10 Ultra phone able to charge at 50W in around 40 minutes. But with rival company Oppo recently unveiling its own 65W AirVOOC wireless charging tech, which is able to get a phone to 100% in half an hour, Xiaomi has had to step things up.

The company claims that this new 80W wireless technology beats out all other competitors on the market, and said in a statement:

The introduction of 80W Mi Wireless Charging Technology is expected to set a new benchmark not only in the area of wireless charging but in charging as a whole. Xiaomi has been spearheading this trend by recognizing the importance of battery life and faster charging for the future development of smartphones.

Fast wireless charging technology has been en vogue in China for a while now, but is still only beginning to filter out into western markets. Currently, the fastest-charging phone that is widely available in the west is the OnePlus 8 Pro, which features an optional 30W wireless charger. And speeds like that comes at a price, with the OnePlus Warp Charge 30 chargers costing between $69-80 – although they do double up as a sleek-looking phone stand.

For comparison, those 30W wireless chargers will get the 8 Pro to 50% battery in about 30 minutes – that’s over ten minutes longer than Xiaomi’s new solution takes to complete a full charge.

Last week, Apple announced that they were stepping up their wireless charging capabilities by reintroducing their MagSafe chargers. They’re cheaper – at around $39 – but offer just 15W charging, which, while a big step forward for Apple, still lags way behind the technology on offer from companies like Xiaomi.

Motorists Have Started To Drag Insulate Britain Protesters Off The Road