We’ve all used Google Street View to spy on our own homes, but have you ever really thought about how weird it is that you can do that in the first place?

Well, as debates over online privacy concerns have grown louder and louder over the years, more and more people are starting to ask how we can control what information should be available for the world to see, and that includes the front of our houses.

So if you’d rather not give everyone on the internet a peek inside your living room, the good news is, there’s actually a way to scrub your house from Street View. 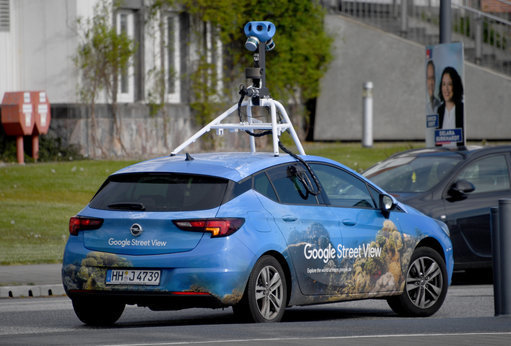 According to Mashable, Google allows users to select their address on Google Maps, and send a request for their house to be blurred out on Street View. It’s a pretty straightforward process, and Google says the address will be permanently blurred – although it’s not clear if new owners can request to unblur a house they have moved into.

There have been a number of incidents which have prompted people to raise concerns over Street View since it first launched in 2007, including celebrity stalkers who have used the site to find their victims’ addresses, and one case where a woman moved to escape a violent partner, only to be photographed outside her new house on Street View.

As far back as 2008, a Minnesota suburb threatened to sue Google for trespassing, after shots of their neighbourhood appeared on Street View. Google backed down, and removed the street from the site.

And that’s just the stuff we can see. In 2010, Google admitted that the Street View vehicles that go around taking pictures of the world’s neighbourhoods had actually secretly been collecting data from unencrypted wifi networks they drove past.

Google has long been criticised for its lax approach to privacy rights. At the time of Street View’s launch CEO Eric Schmidt responded to complaints, telling the BBC:

We are getting controversy over street view because it is so successful. It turns out that people love to see what is going on in their local community.

Over a decade on from the launch of Street View, with Google Home Assistants all the range at the moment, now Google is having to reassure people it’s not recording what’s going on inside our homes, either.