People Are Baffled By What This Transport For London Advert Means

People have been left completely baffled by a Transport for London (TfL) advert that has been spotted on the back of many of the city’s red buses.

Only a true Londoner will know the tormenting pain of sitting in rush hour traffic, staring out the window as you wait to inch forward a few centimeters at a time.

However, while you are sat there thinking about all of the millions of other more useful things you could be doing with your time, you are then struck by a most peculiar and baffling sight. A dilated eye catches your gaze, and you are now left not sat in boredom but in confused frustration at what the hell this sign could possibly mean.

Luckily, others feel your pain, and the internet has once again pulled through, with equally as bamboozled users flooding to a thread to speculate on its meaning. 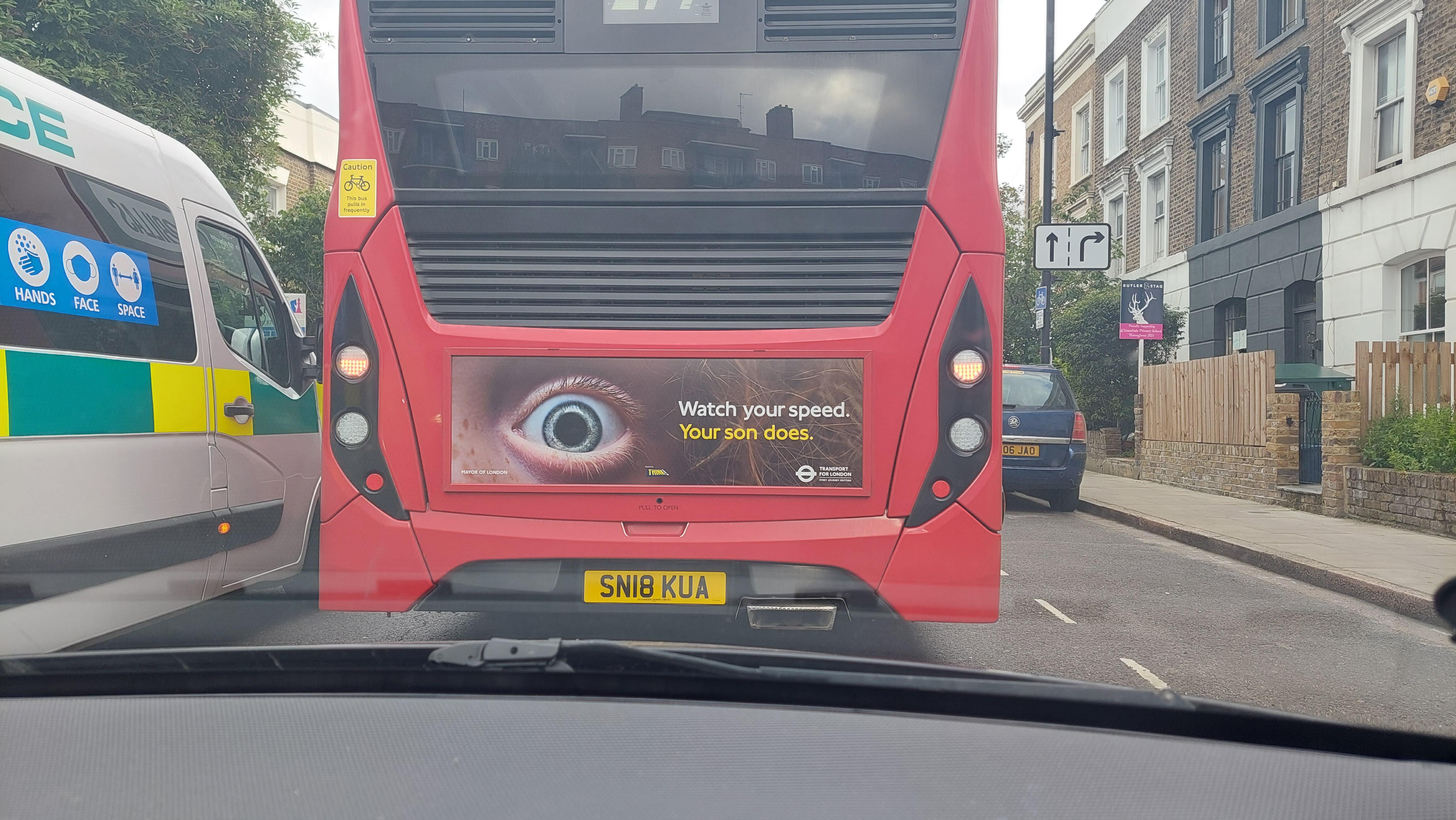 The poster shows a single dilated eye, accompanied by an ominous and non-descript warning that reads, ‘Watch your speed. Your son does.’

But who is it for? Whose son does it mean? Can daughters not drive too? And is that man’s eye alright? TfL’s advert is so bizarre, it has seen more than 3,700 votes and 626 comments trying to understand its meaning. Other Reddit users have taken to the comments to rally around the initial post, by username SteezMe1234, in a desperate bid to decipher what the bus advert could truly mean. One user commented, ‘Kids notice everything. Be an example for them.’

You’re scaring your wimpy son by driving recklessly, is what it means. He’s got his eye on the speed limit, and on your speedo, and on you. He tells his mum, who accuses you of endangering your son.

Hardly the sort of behavior you want to display after such a messy divorce, but this is just typical of you, Brian, you only think about yourself. And how can you afford a new car when you’re late on your child payments *again*.

F*ck’s sake, Brian, you’re a mess. And don’t think that vodka on your breath doesn’t absolutely reek. It’s a good job you’re WFH, otherwise the entire office would smell you. Pull yourself together.

A third wrote, ‘Don’t forget to take your speed before driving, cause your son’s been eyeing it up since you left the house.’

The advert’s exact message, however, remains slightly ambiguous, with many taking it as pointing to a drug rather than driving problem.

But some Londoners can now commute with a weight having been lifted off their shoulders. Londoners can finally be at peace when they next see the dilated eye rear its ugly head.

TfL, you’ve not defeated us yet.

Teen Dies After Hole He And Sister Dug On Beach Collapses